Get in touch with us

Pair large text with an image to give focus to your chosen product, collection, or blog post. Add details on availability, style, or even provide a review.

When you’ve got a long-haired dog or cat it’s easy for them to suffer from thick, tangled, and matted hair and dry, itchy skin underneath that can easily lead to uncomfortable hot spots.

That’s why we developed a more effective way to keep pet hair and shedding under control – the Dual-Sided Pet Dematting Comb.

When you’ve got a long-haired cat or dog it’s easy for them to suffer from thick, tangled, and matted hair and dry, itchy skin underneath that can easily lead to uncomfortable hot spots.

That’s why we developed a more effective way to keep pet hair and shedding under control – the  Pet Safe Dematting Comb.

This worked to get the top and undercoat as well as the furminator(? I think that's what it's called) and other brushes that I've used, except the hair is easier to remove. I was prepared to give this one a decent rating, even if it fell a bit short on getting the matted hair out, since it removed so much and got the knots out pretty good. Then, I remembered I kept reading people comment on short strokes. I didn't do it that way, because it seemed to me with long hair with mattes here and there (she's a long-haired rescue whose hair suddenly knots up and dreads despite brushing it almost daily), that that would pull and hurt. Nope, instead of getting tired of it and me having to walk behind her still trying to brush, she actually laid on her back! I was able to do her stomach, as well. The short strokes (instincts are to brush through on the mattes to get them out, don't do that) worked the mattes away from her skin and they began to come out. I wouldn't do them all in one day, but I got out a bunch of tough knots and some of the mattes, already. Just short strokes going into the thick mattes til they're worked out, don't force them through.

*No one gives me anything. I read a bunch of reviews and did Fakespot before finally buying one after looking at these a couple of times before. 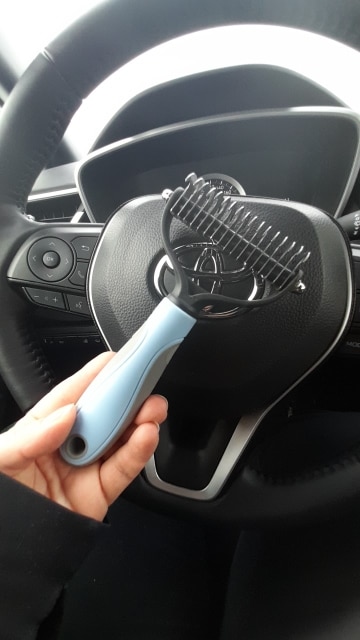 This big boy has a ton of hair and at 16 years old, he’s not the best self-groomer. We’ve tried several cat brushes including the Furminator, and regularly use pet shears to shave some of his hair down, yet nothing really cuts through the mats. I end up having to trim him with scissors, which is a dangerous job (I’ve accidentally cut him). This tool makes it super easy and safe to remove mats as well as the thick undercoat where mats begin. I recently bathed and brushed this cat, and then went back over him with this brush. In 15 minutes, we had a cat-sized pile of hair. He purred the entire time. This brush was very gentle yet effective. I’d highly recommend it for any owners of long-haired cats. 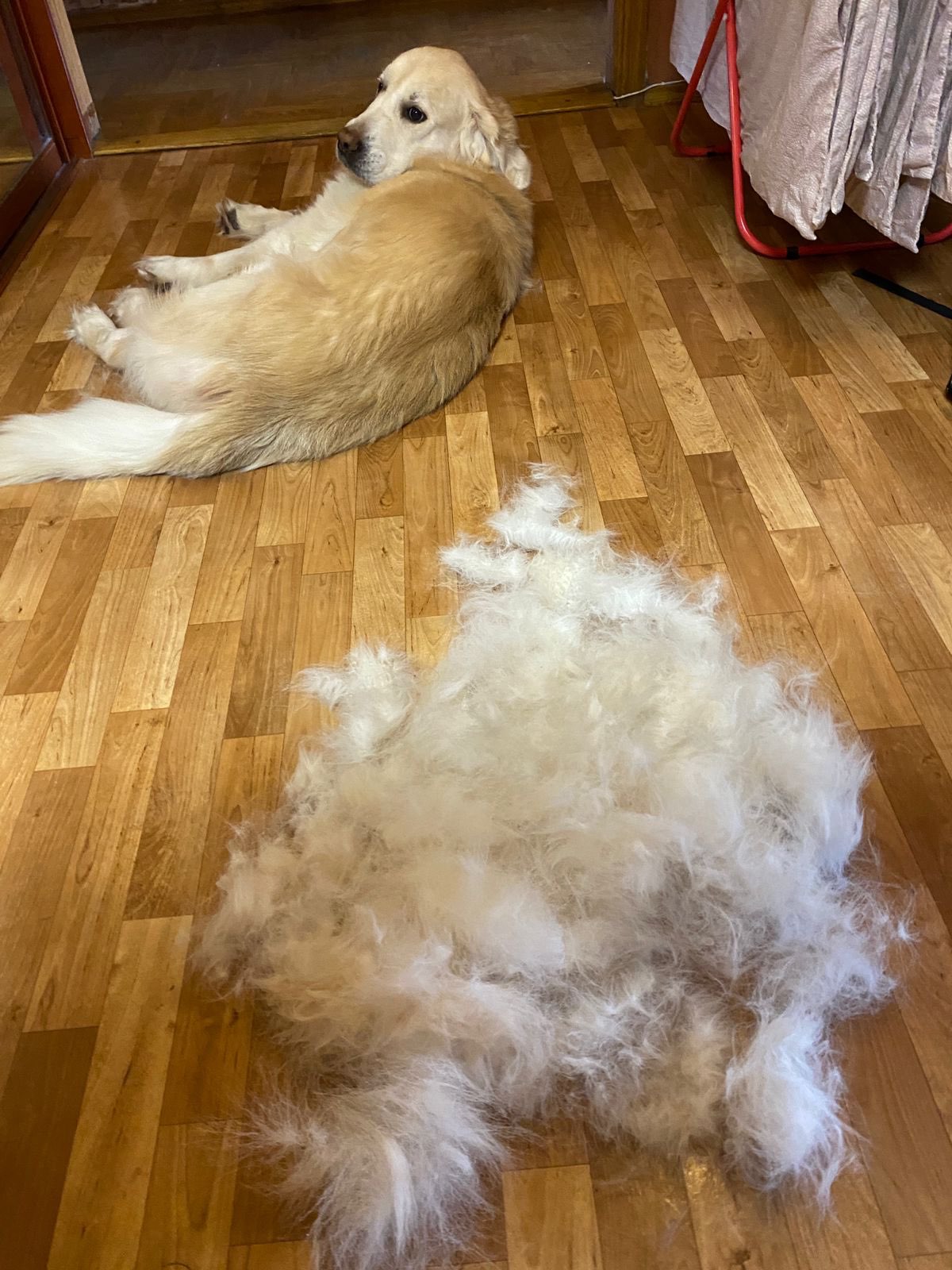 S
Stewart Rodriguez
BEST of 5 brushes we have tried

Long hair, thick undercoat, suffering cat loves this brush. Used to spend $80 every 2 months to bathe and shave him in summer and winter cut styles but the car trip and the 3-hour appointment was so hard on him. Trying to groom him more often. Vomiting too many hairballs and having tufts of hair dangling from his mouth. Not to mention the quantity of fur to vacuum. This brush really does the trick for getting at the thick undercoat

Normally I wait a while before submitting a review, but this is an amazing product. I thought my border terrier mix needed a haircut. Then I used the comb and was absolutely astonished at how much hair was coming off. The best part? She didn't fight me or try to get away. She even rolled onto her back so i could comb her belly! I highly recommend this product.

B
Betsy Adams
Better than any undercoat rake I ever used!

I absolutely love this Fazzol Pet Grooming Brush - Double Sided Shedding and Dematting Undercoat Rake. I have rough collies and they have a LOT of hair. Spring time means shedding time and its usually such a chore to rake out all that loose undercoat. I spend hours with each of them on the grooming table and I am so sore afterwards. My hands ache, my arms ache and I am not my dogs best friend afterwards. So I thought I would try some new tools and bought this. Oh my gosh and I ever glad I did! Its comfortable to hold, it works so well and my collie Harper Lee was not bothered by it at all. She still loved me after we were all done. We didn't have actual mats, just a lot of thick, old coat to get out. I'm not a pro groomer, I just groom my own collies because it's so expensive for even a bath, blow dry and grooming. I highly recommend this tool to others with thick coated dogs. I think Harper Lee looks gorgeous!